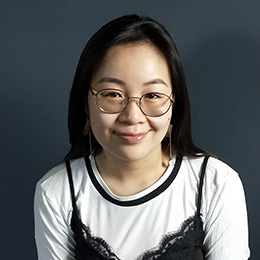 abstract:Metal-organic frameworks are highly tunable, porous crystalline solids with tremendous potential for membrane-based separations in the form of mixed-matrix membranes (MMMs) where MOF particles are dispersed in a polymer matrix to form continuous films. Simple mixing of crystalline MOFs with soft polymers frequently results in macroporous void spaces generated at the interface of the two materials, and poor MOF/polymer compatibility can lead to particle agglomeration that forms “sieve in cage” effects. This project will aim to utilize coordinative post-synthetic modification of UiO-66-NH2 in order to systematically vary the surface charge density, such that a range of colloidal stabilities can be obtained for the same MOF.
About:

I am participating in SuperUROP because I developed an interest in the potential of small molecules on the entire scope of carbon capture and sequestration. I began exploring the multifaceted abilities of metal-organic frameworks in the Smith lab. Through the extension of my original project, I hope to learn more about the intricacies of MOF/MMM synthesis and their potential to facilitate gas separations with high selectivity and efficiency.