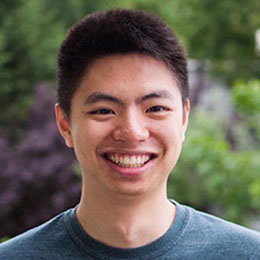 An Interlock for Self-Driving Cars

abstract:A crucial milestone in the development of self-driving cars is giving them the ability to detect and react to dangerous environments such as slippery roads due to ice or snow and pedestrian-dense urban environments. This project aims to create a safety controller for self-driving cars that can take in data from various onboard sensors, parse the data to detect hazardous driving conditions, and issue driving commands to minimize the possibility of collision. The software will be written to interface with existing sensor and control software in the industry-standard Robot Operating System (ROS) and will be tested in simulation using Drake, a robotics simulation tool developed in CSAIL and used extensively in collaboration with the Toyota Research Institute.
About:

“I have taken 6.141 (Robotics: Science and Systems), where I worked with LIDAR-mounted racecars and ROS, and participated in MIT’s IAP robotics competition MASLAB. Robotics is a field that I am interested in exploring in a master’s degree at MIT and as a career. Through this SuperUROP project, I hope to gain further experience in working with industry-standard tools and software, such as ROS and Drake. I also hope to hone my research skills in preparation for a master’s project.”