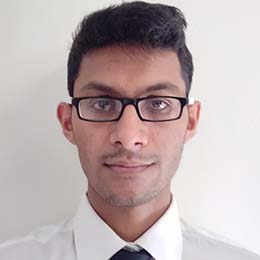 abstract:The lack of abundant labeled data affects the training of machine learning models causing bad performance. Semi-supervised learning (where labeled and unlabeled data are used) via Generative Adversarial Networks (GANs) showed a significant improvement in the accuracy of such models. GANs use two neural networks that contest against each other in a zero-sum game based on a minimax algorithm. However, the training of GANs via gradient-based methods suffers from various degenerate behaviors. As an alternative, a co-evolutionary algorithm called Mutation SpaTial GANs-Mustangs was developed. The aim of the project is to extend the usage of Mustangs and use cloud-based distributed systems to train GANs for semi-supervised learning and obtain significant improvements in learning accuracy.
About:

"I am participating in SuperUROP because I am interested in extending my knowledge in the field of machine learning. It gives me an opportunity to work with world-renowned professors on a successful research project, which would revolutionize the behavior of semi-supervised machine learning algorithms. The project would also help me gain a better understanding of distributed cloud-based systems which are extensively used these days."