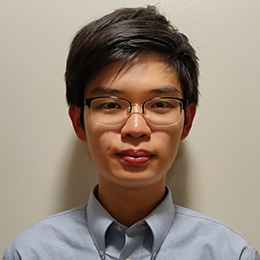 abstract:Venus represents the next frontier in space exploration. One of the biggest challenges of designing a probe that will explore Venus is the high surface temperature of Venus: surface temperatures can reach 471 degrees Celsius (880 degrees Fahrenheit). At these temperatures, traditional computers based on silicon semiconductor technology will break down, preventing them from being used in probes to explore Venus. Semiconductors based on gallium arsenide, however, are more resilient to high temperatures. I will be working on developing a microprocessor based on gallium arsenide semiconductor technology that will be resilient to high temperatures and will potentially be the basis for the computer that will be used on NASA's Venus probe.
About:

"I am participating in SuperUROP because it is a great opportunity for me to learn about circuit design and digital logic as well as the process of research in general. Taking the introductory circuits and electronics class at MIT and participating in the UROP under Professor Palacios have prepared me for this SuperUROP project. I find the prospect of working on a project that has the potential to be used in a probe that will be sent to Venus exciting."