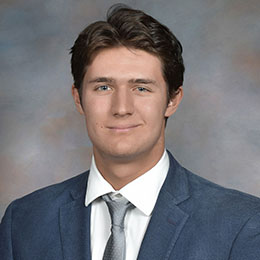 abstract:The intent of wind tunnel testing is to simulate an unbounded flow-field about a 2D airfoil or a 3D aircraft in flight. When performing such tests, the tunnel walls or tunnel jet boundaries will have unwanted effects on the flow velocities at the model location causing inaccuracies in the aerodynamics forces acting on the model. These discrepancies must be modeled and estimated in order to obtain correct measured data. The main goal of this project is to develop a tunnel-wall correction method for tests performed in the Wright Brothers Wind Tunnel. Since the 2x3 wind tunnel can be operated as a free-jet tunnel and a solid-wall tunnel, it will be used to formulate the tunnel correction framework.
About:

I am participating in SuperUROP because it is a unique opportunity to research fluid mechanics, my favorite aspect of aerospace engineering. I have participated in many UROPs in the past but none have given me the ability to conduct my own research resulting in the sole possession of a research paper. I am most excited to work with Mark Drela, a pioneer in the field of aerodynamics, and work in the world-class Wright Brothers Wind Tunnel.