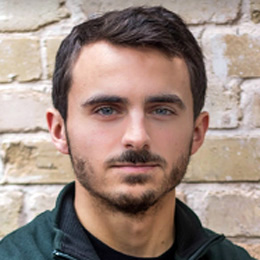 abstract:Many diseases, including schizophrenia and cancer, are caused by complicated, abnormal interactions between genes. One way to model the function of genes is a directed network of random variables corresponding to the expression of each gene. Often, the task of learning the exact structure of such a network is intractably complex due to the number of interactions taking place. However, it can be much more efficient to learn the difference between two networks when that difference is sparse – that is, most of the structure is the same between the two networks. I will join a project to develop/test algorithms to learn the difference between two such networks, using simulations and real data on gene-regulatory networks from the Broad Institute to prove the accuracy and efficiency of the approach.
About:

“I'm participating in SuperUROP because I'm extremely interested in pursuing novel research. My preparation for this particular project includes having taken Algorithms for Inference (6.438), but I still have a lot to learn about even the basics of causal inference. I hope to learn everything from the fundamentals to the latest research and applications. I'm most excited about my potential to help surmount current limitations in the field.”